BBQ has it’s own culture and in some states, it’s own language. When you come to Chef J BBQ in West Bottoms Kansas City, there are just a few things you need to know…

Wait, Texas Style Cue in Kansas City? Yes folks, you heard us right. That’s what we thought a few years back until we tried Texas Style for the first time. We fell in love with this style, began perfecting our craft and haven’t turned back since. It’s hard to understand what makes Texas Style barbecue unique if you haven’t spent time in Central Texas, so we’re gonna give you a quick rundown.

South Texas focuses on barbacoa, East Texas serves chopped beef, and West Texas cooks over direct heat in a style more akin to grilling. The food varies depending on where you are in the state, but when people use the term “Texas barbecue” it almost always translates the Central Texas-style of cooking brisket low and slow over indirect heat. That’s our sweet spot low and slow.

2) THERE ARE TWO MAIN PARTS OF A BRISKET (LEAN & MOIST)

A brisket has two distinct portions, the leaner “flat” and the fattier “point.” I will happily cut from whichever side of the brisket a customer prefers. Fatty (aka “moist”) is more popular and loaded with flavor. The lower fat content of the lean side makes it harder to cook perfectly and it’s by no means a second class barbecue citizen — it’s still served with a sliver of fat cap. You can’t go wrong with either part. 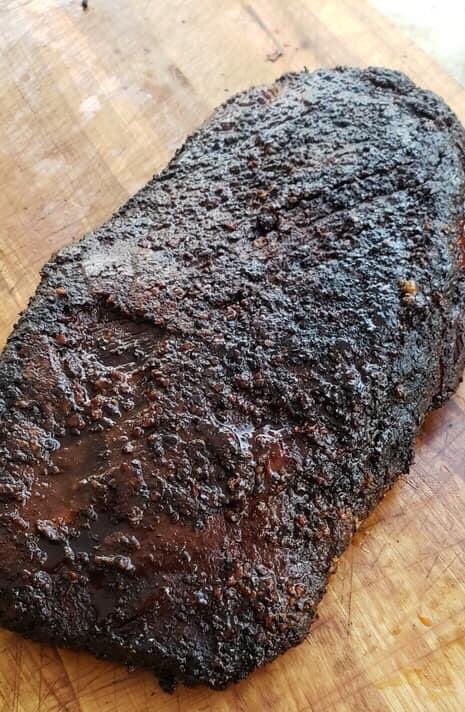 3) WE FAVOR WOOD OVER CHARCOAL OR GAS  Smokers with a gas assist function have gained popularity in higher volume restaurants, but most pit masters still do it the old-fashioned way: a hardwood fire that’s watched carefully overnight. The most common wood used in Central Texas is post oak, but you’ll see we use Hickory.

4) OUR FIRE BURNS LOW AND SLOW  One of the hardest parts of barbecuing is the meticulous management of a fire. If you cook too hot and fast, the collagen won’t have time to render and you’ll end up with the inherent toughness of the cut of meat. We use a low and slow philosophy that can take up to 20 hours for each brisket. Yes folks, 20 hours… 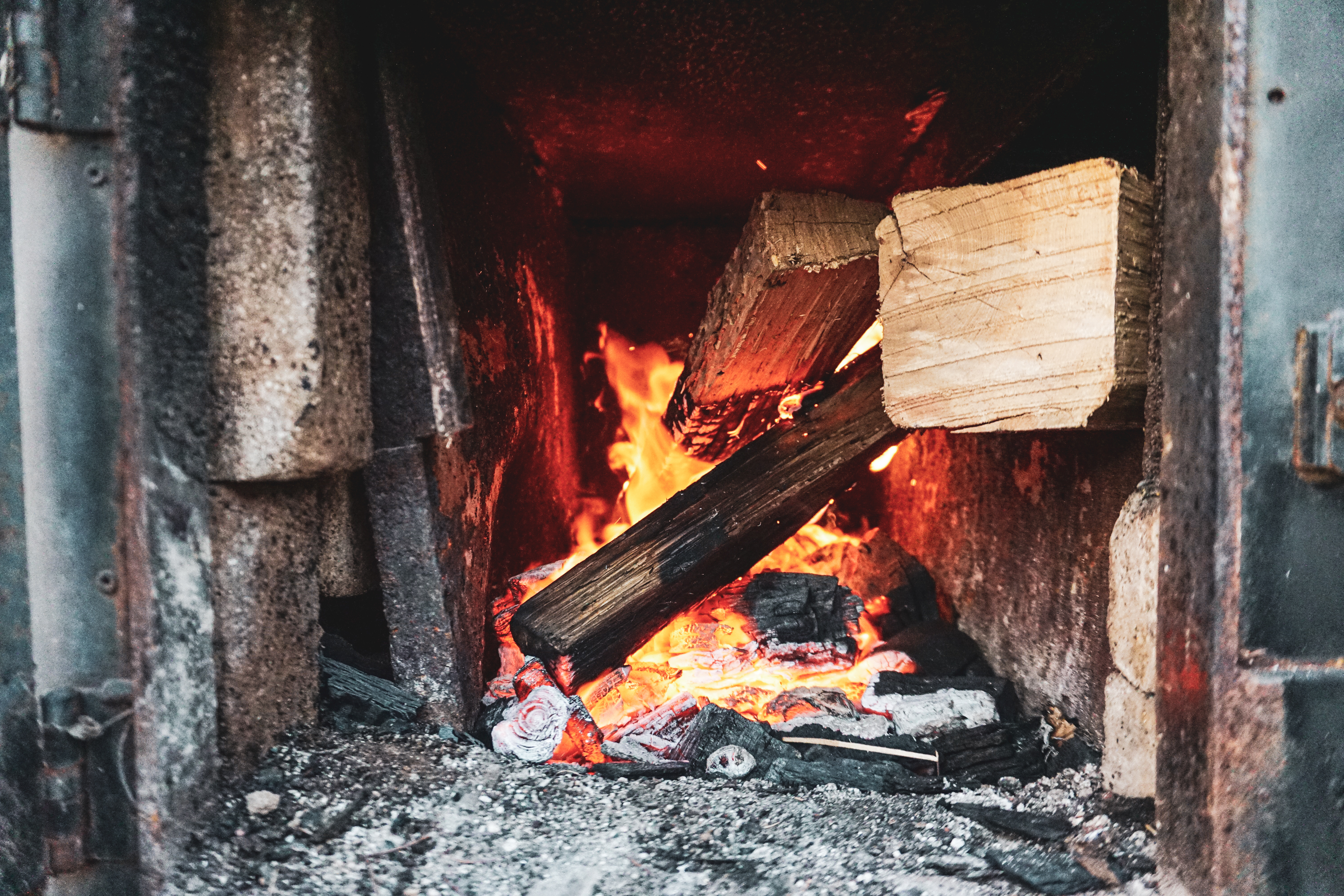 5) EVERYTHING IS MADE IN-HOUSE.  From Rubs, to Sauces, to Sides, and the fixin’s, it’s all made by Chef J himself. 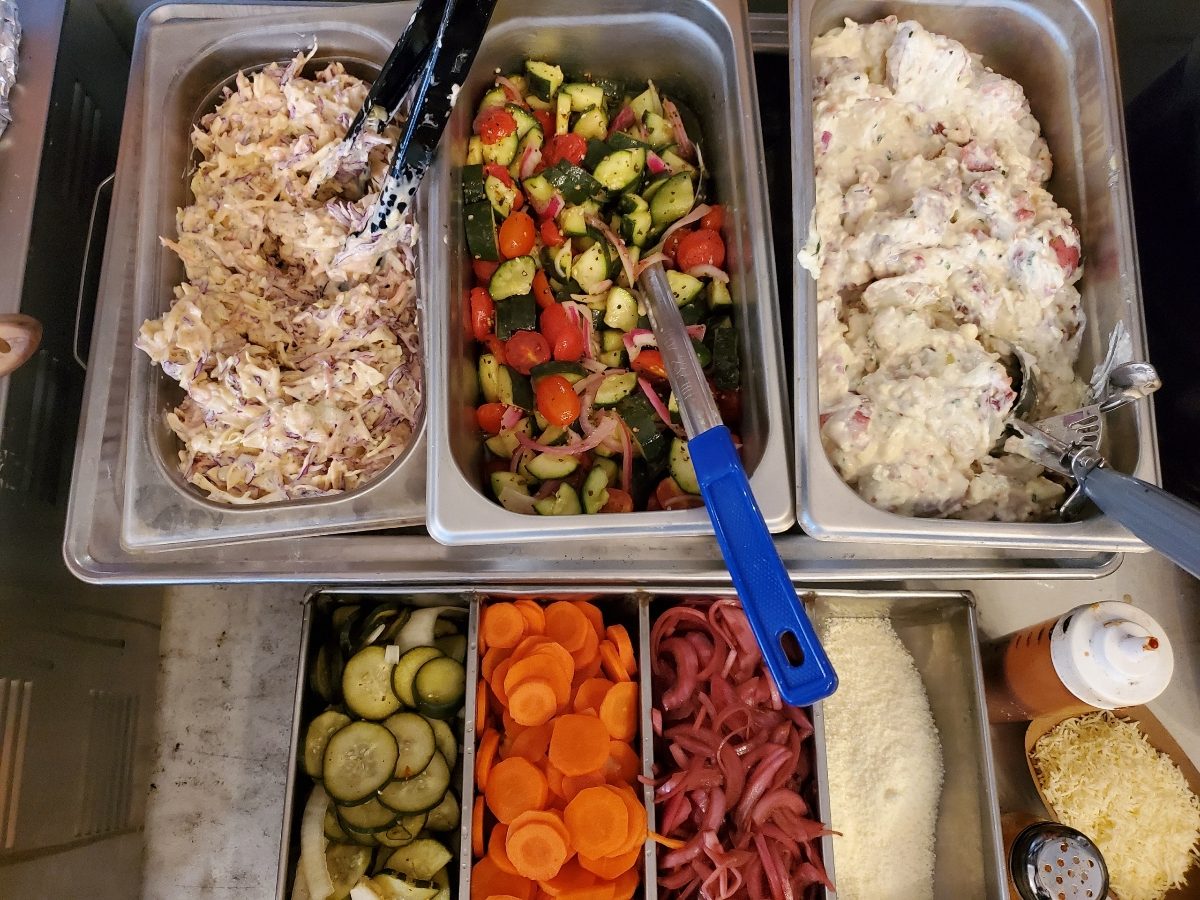 6) WE OFFER COMPLIMENTARY FIXINS’ (PICKLED VEG) WITH EVERY ORDER

Tray’s are loaded with home pickled carrots, cucumbers, and onions along with traditional white bread. We do use a high quality potato and sesame bun on our sandwiches, but for meat ordered by the lb, we hook you up with our traditional add-ons.

In the Texas culture, customers usually stand outside a good BBQ joint for two hours. The best barbecue restaurants in Texas are so popular that lines can exceed four hours on busy weekends. This practice of waiting has been so ingrained in the experience that the lines of famous spots like Franklin Barbecue develop their own micro-economies. People rent out chairs and even sell their place in line (a practice that Franklin has now banned). Luckily in many of those lines you won’t be thirsty, because…they give away free beer.  Now, we don’t do any of that…. Yet, but it gives you an idea of where we are headed at Chef J BBQ. 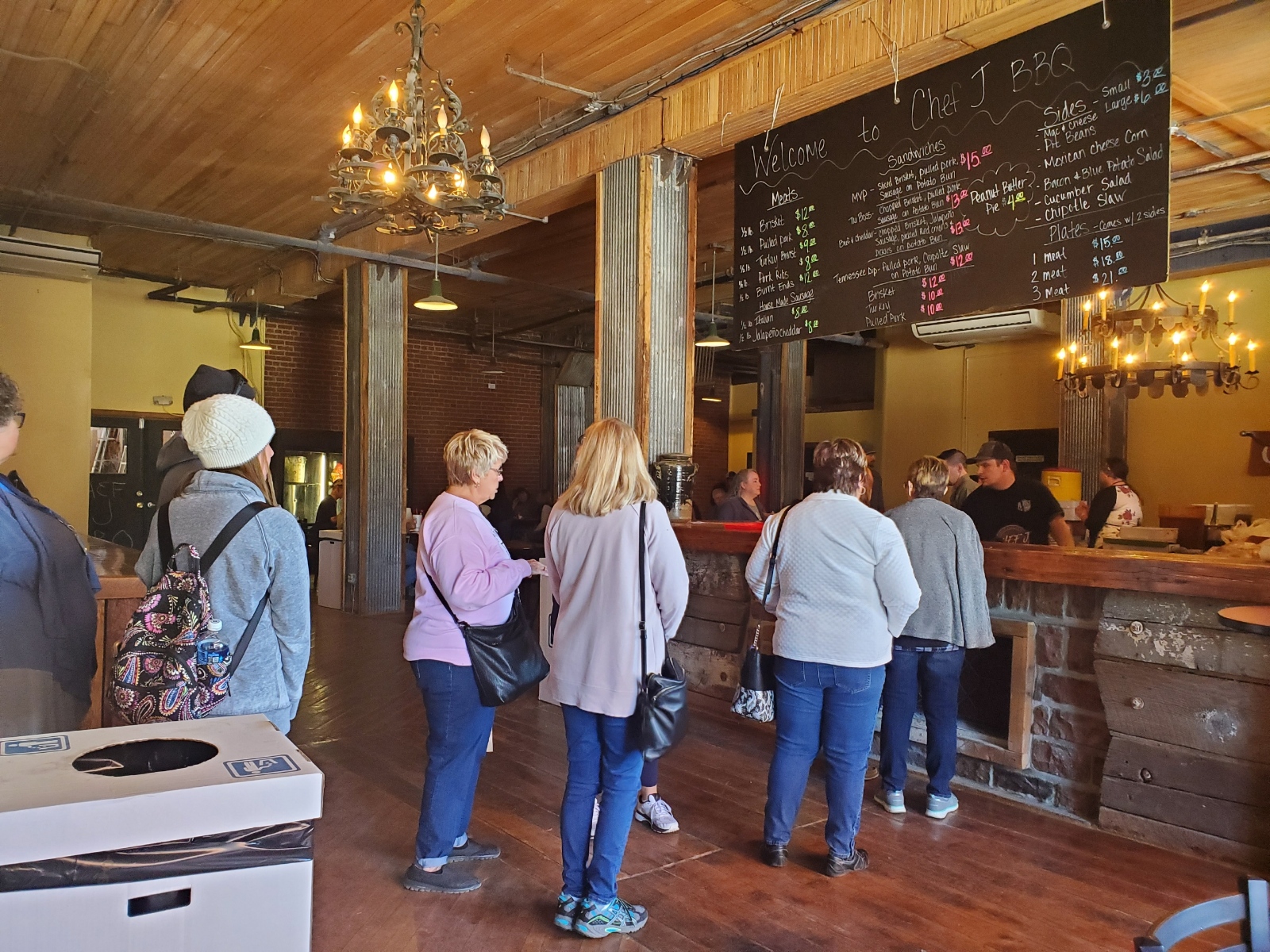 8) IT’S A LUNCH THING When the primary product takes upwards of 15 hours to cook and space inside a smoker is finite, supplies are limited. As a result, many of the state’s premier barbecue spots are only able to cook enough meat to last through a lunch rush, so not many people eat brisket for dinner. 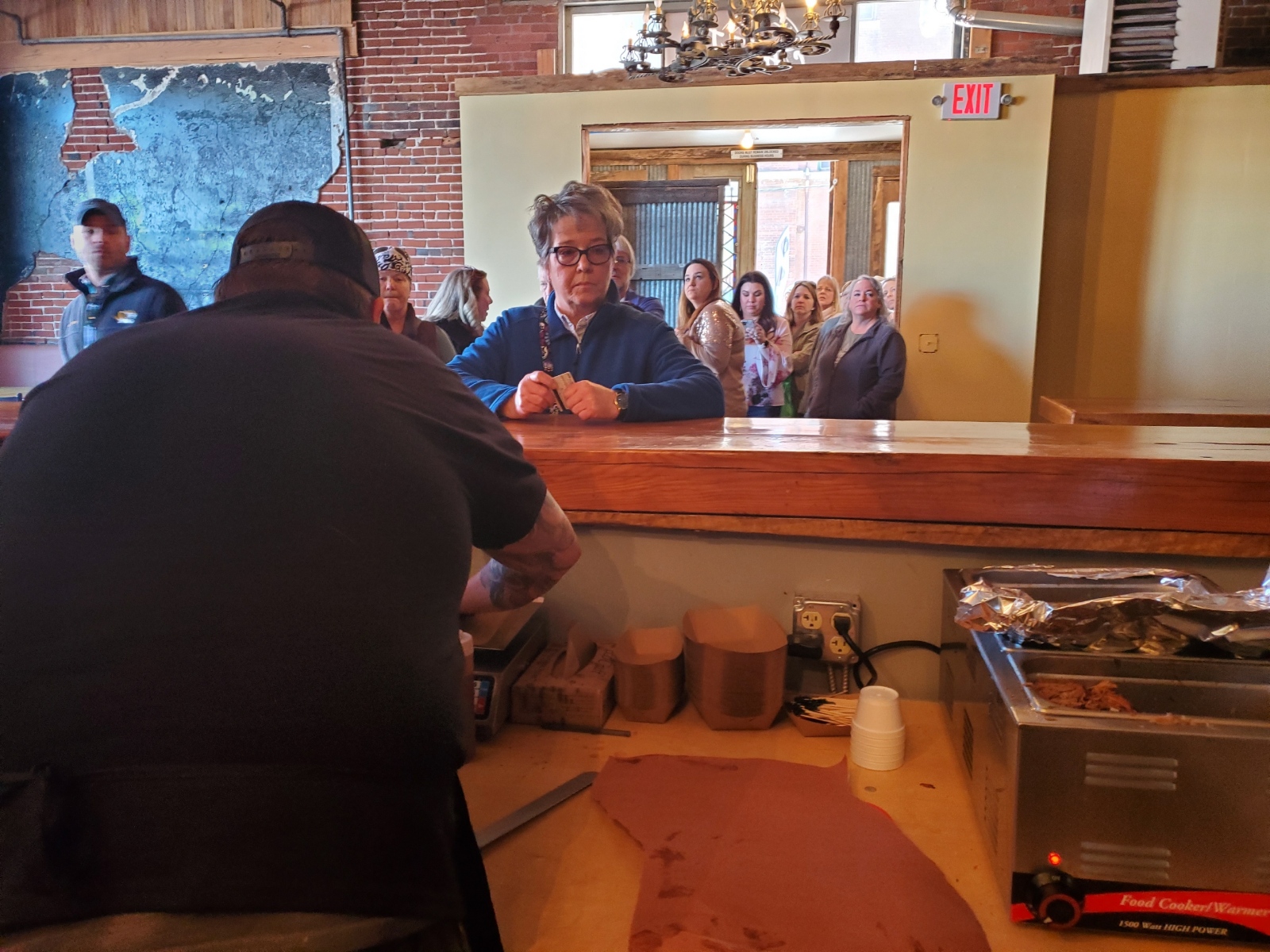 9) MEAT IS SERVED FAMILY OR ‘MARKET-STYLE’ In a throwback to German and Czech meat market roots, most Texas barbecue restaurants sell meat by the pound (which we will explain in another article).

Meat is  ordered and sliced at a counter, then presented on a plastic tray covered in butcher paper. Customers use this tray as a communal plate.

Although not everyone likes to get down and dirty, traditionalists will tell you to ignore forks and knives and grab that slab of moist brisket with your hands. You’ll occasionally even find old-school joints that don’t offer cutlery, like Kreuz Market in Lockhart.

Don’t worry, we will throw in extra plates, forks and lots of napkins. Finger licking is encouraged. 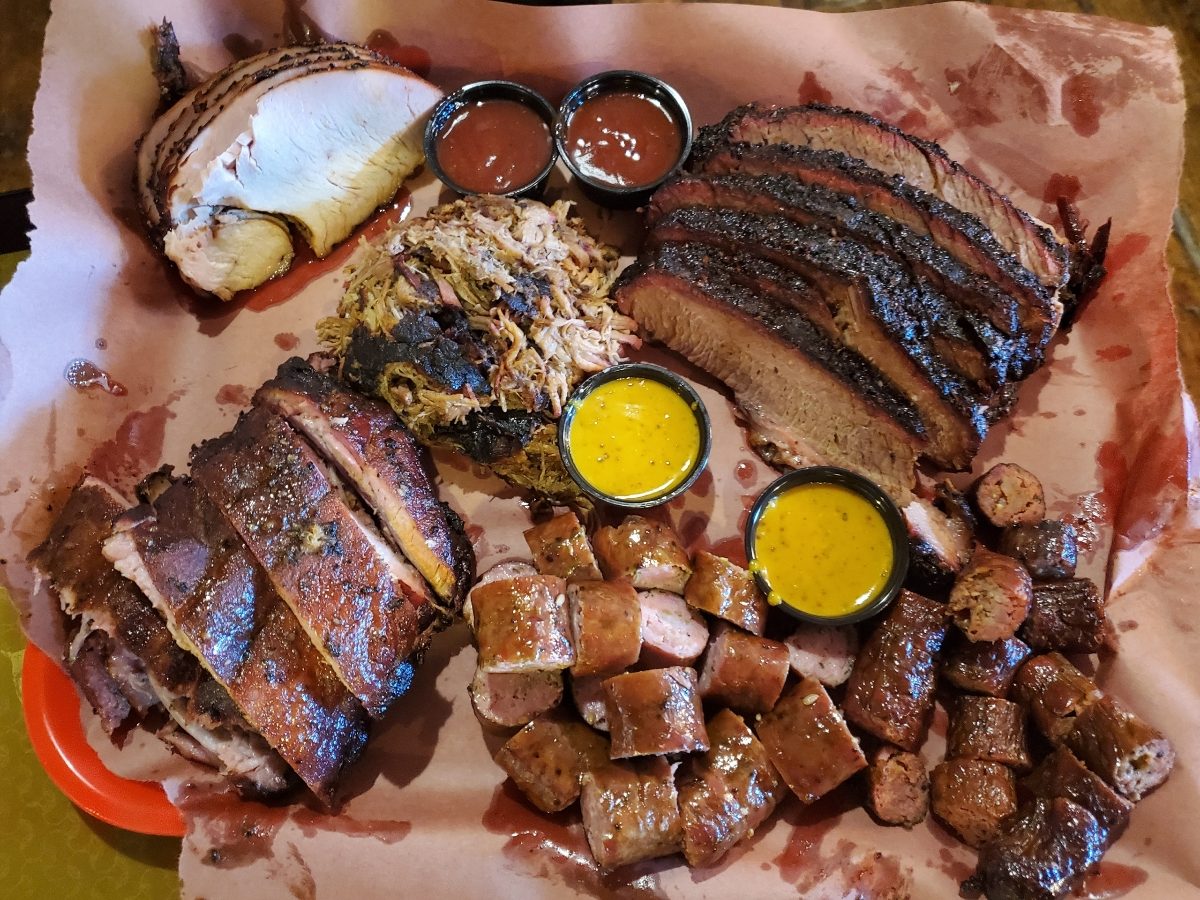 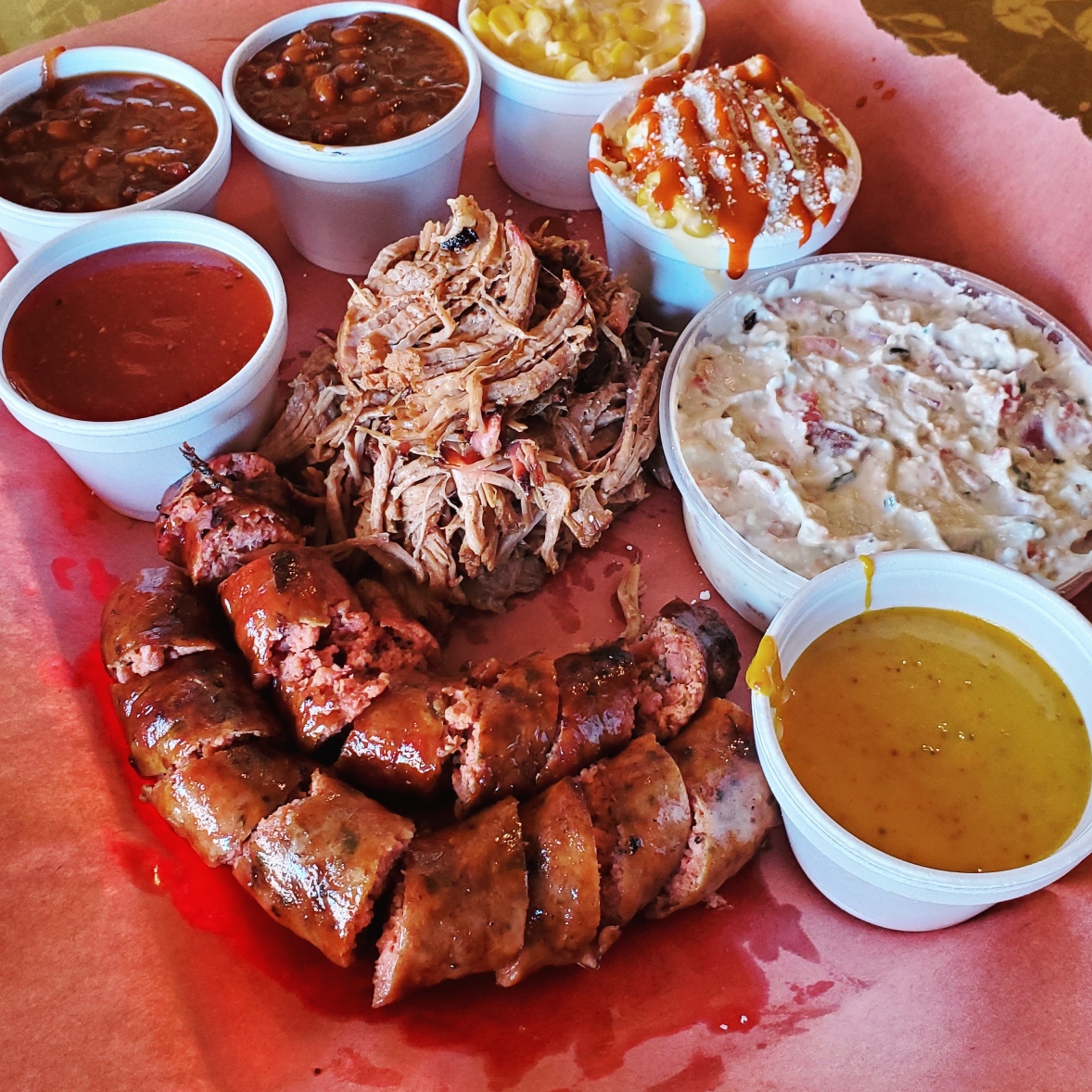 10) SAUSAGE IS A STAPLE  Sausage is historically important German and Czech immigrants have had a big influence on the state, earning sausage an important place on any Texas barbecue menu. Elgin is the state’s sausage capital and the the birthplace of “hot guts,” an all-beef sausage that the originators at Southside Market proudly sell wholesale to many restaurants. We make our own sausage and usually offer more than one flavor.

Definitely the staples like jalapeño cheddar and house made Italian sausage as well. 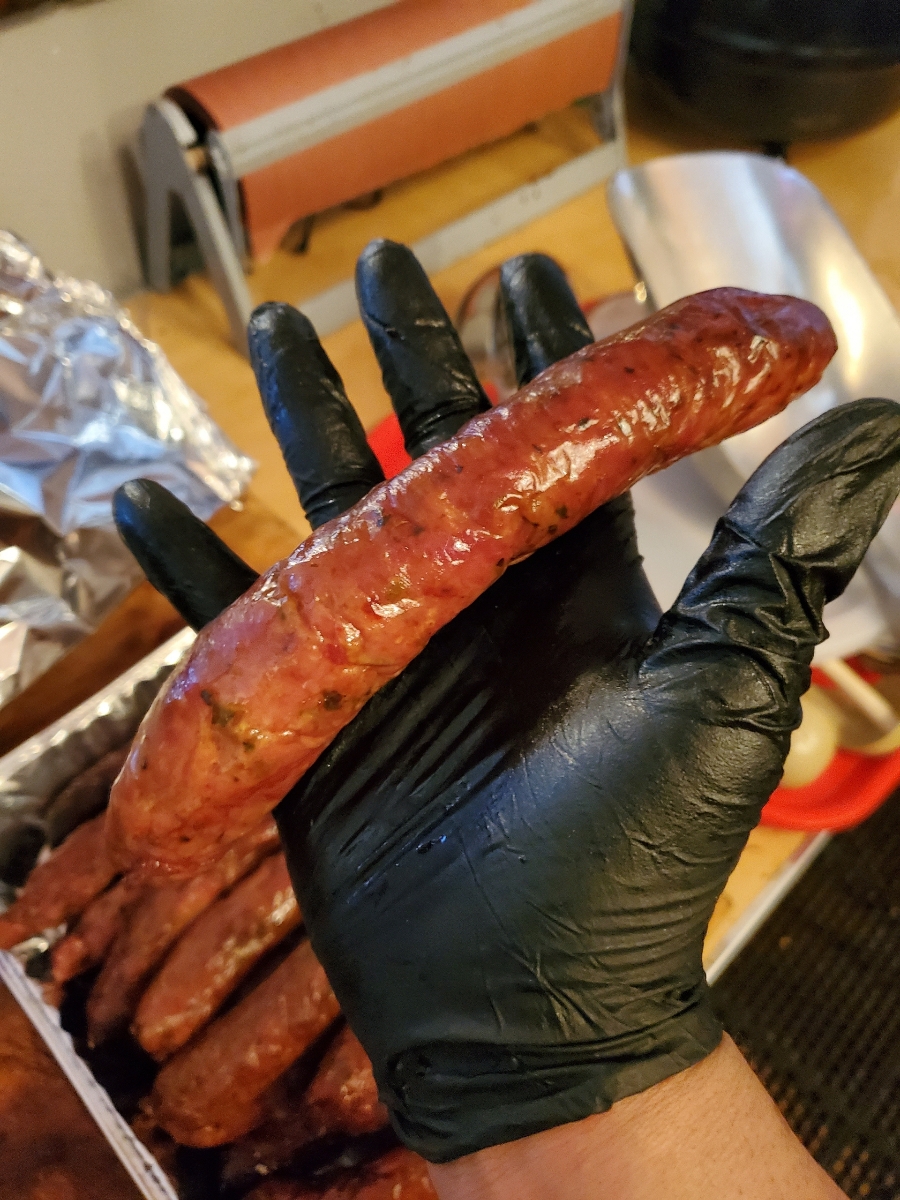 11) BONUS:  Chef J offers up a bite of brisket. After minutes of waiting in line there are high levels of anticipation. Once you get to the counter, we know just the trick to hold you over…